Holding a conference is often very much about making a good impression, which starts in most cases with selecting the right conference venues. With that in mind, the following options would all be suitable choices.

Housed within an architecturally renowned modernist building, Congress Centre is home to no less than 16 different events spaces specially designed for conferences and other corporate occasions. Light and air conditioned for comfort with catering options and a can-do attitude amongst the management team, the spaces also come complete with the very latest AV for your convenience, including giant plasma screens. it really is a one-stop-shop for those in search of a fuss-free approach. 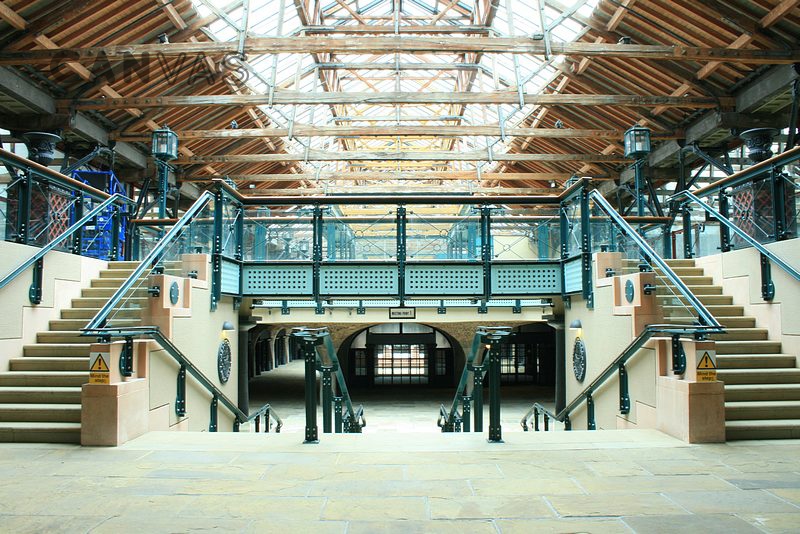 As the name suggests, Tobacco Dock was once a warehouse which handled incoming supplies of tobacco from the New World in the early 1800s. Now under new ownership, it has been converted into a huge venue that can be put to use for any number of different occasions. There are various different spaces that add up to 16,000 square metres across 2 floors, which combine for a massive total capacity of 8000. With parking facilities for a generous 800 cars and nearby transport links including Tower Hill and Shadwell, it is one of London’s most accessible venues. 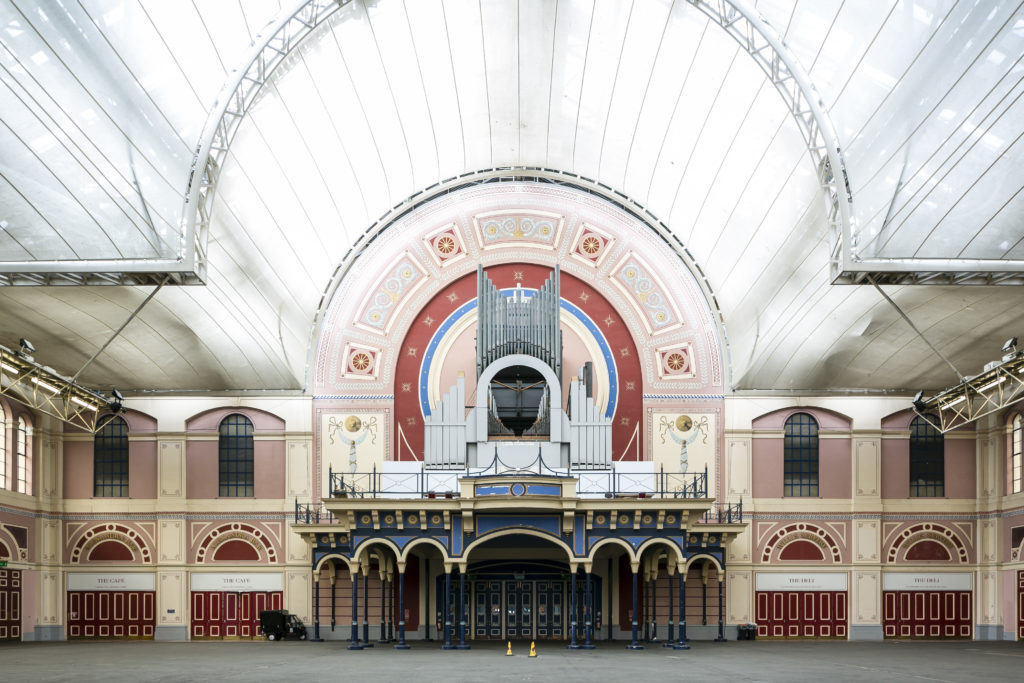 In terms of capacity, Alexandra Palace can actually go one better, with space for a whopping 10,000 people. With 196 acres of its own picturesque parkland and gorgeous views across London’s iconic skyline, this venue offers a real sense of glamour and quality. There are various indoor and outdoor spaces at your disposal here, and if you did decide to hold your conference here, you’d be joining a prestigious list of users, with some of the world’s best known artists having graced the stage. It is also very well connected to the city centre, so you needn’t worry about getting here. 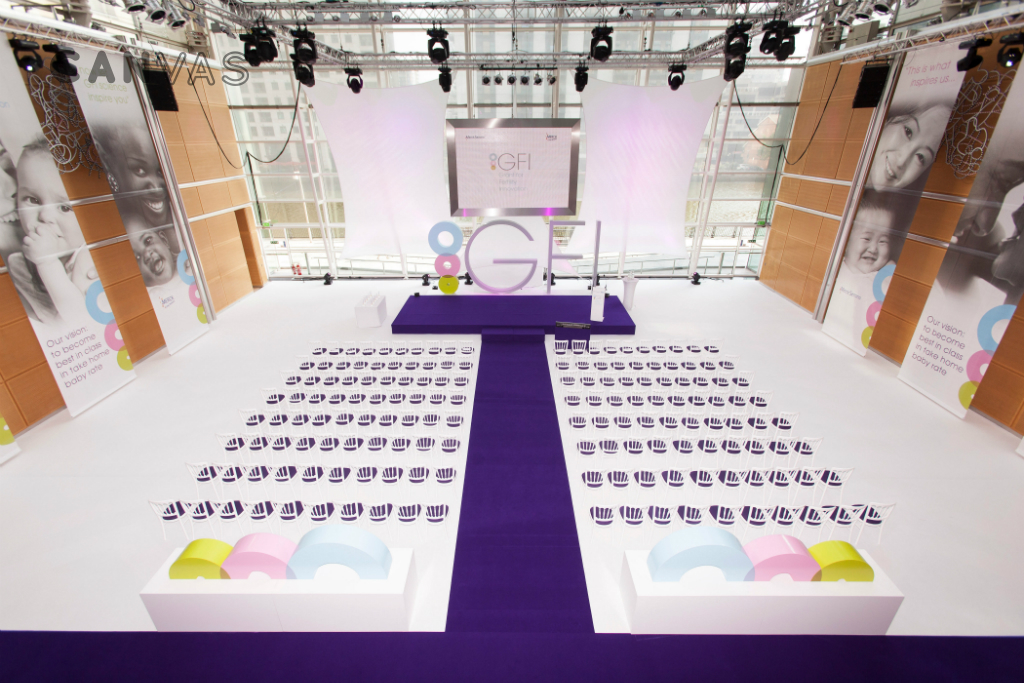 Arguably one of London’s most modern and stylish venues, East Wintergarden can be found at the heart of Canary Wharf, with its namesake tube station being a mere 3 minute walk away. There are several different rooms and spaces available for hire here, of all different sizes and capacities, depending on your event’s particular needs. Without doubt its most striking feature however is the 27 metre high domed glass ceiling which ensures the space feels bright, airy and spacious at all times, in spite of the large capacity of over 1200 people meaning this is a bustling venue. 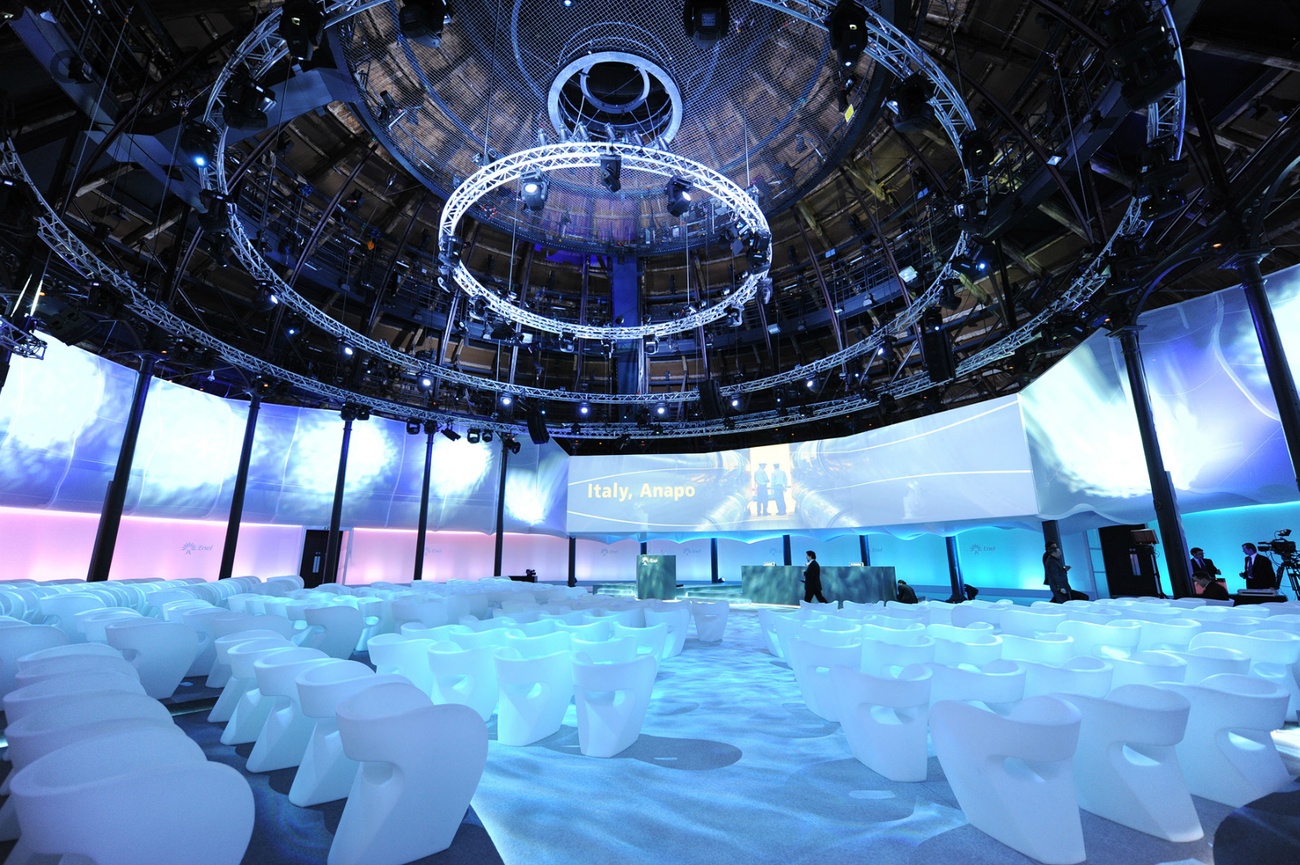 Roundhouse was once a steam-engine repair shed, having been originally built in Victorian times, making this a venue that is rich with a sense of British history. It has a strong connection to the music scene, with acts as far ranging as Jimi Hendrix and Lady Gaga having performed here throughout the years, but they have also played host to all sorts of different events, both private and corporate. Chalk Farm tube station is stumbling distance away, while Euston train station is also easily reached on foot in about 20 minutes. 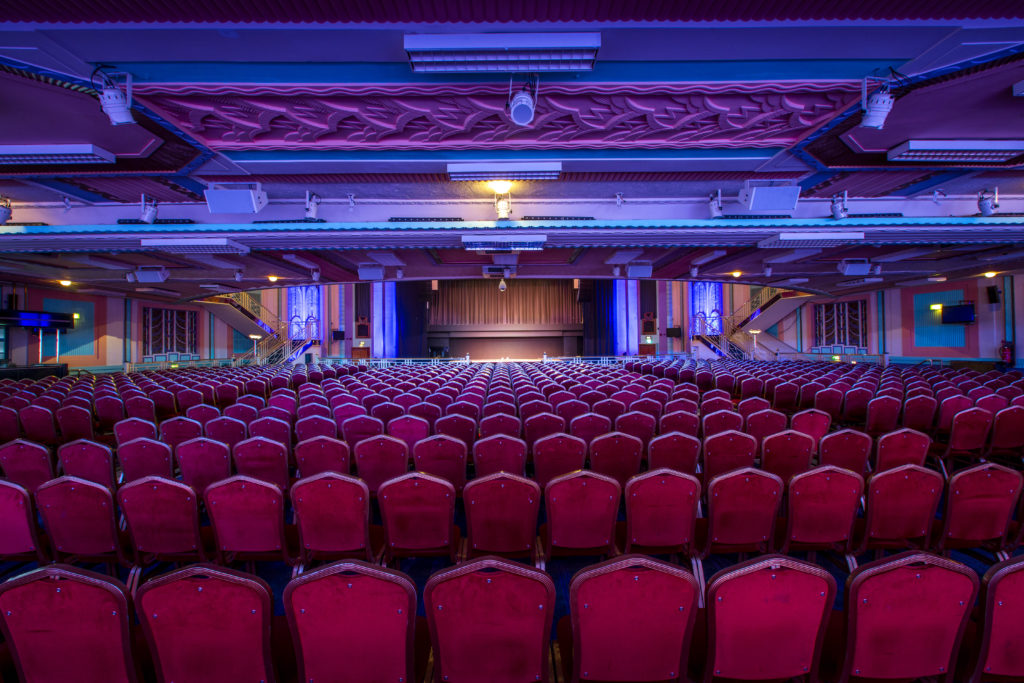 The Troxy first opened its doors to the public in the 1930s as a luxurious cinema. The Grand Hall retains many of its original features, offering guests the wildly popular Art Deco style. In fact, the building is so historically and culturally valid, it is now Grade II listed but that hasn’t stopped it from being suitably modernised to allow it to meet all necessary contemporary event needs, with a PA and lighting system and air conditioning adding to the conveniences. Limehouse is the nearest rail link and as for the capacity, it can accommodate 1800 people per event.

It would be a mistake to think that The Kia Oval is only for sport related events, but it is certainly true that any sport lovers amongst your guests will delight at attending an event in one of the oldest stadiums in the world. With several spaces and a whole range of uses, this totally unique venue actually still functions as an active ground for international cricket matches throughout the summer months. Being located in the centre of the city, it is of course very conveniently reached from further afield, with nearby tube stations including Vauxhall and Kennington.